At LunaSec, our system is made up of a lot of parts. Servers we deploy, servers that our users deploy, web apps, npm modules, Go binaries, these docs... You get the picture.

Using a monorepo with Lerna for our entire project has been an absolute lifesaver, especially for local dev, but getting CI to a place we're happy with has been a months long effort.

Here are some of the main things we've figured out.

Why is CI important?​

Before we dive in, I should mention that the CI testing pipeline is a critical part of our development and what makes the monorepo possible. Our founder wrote a whole blog post about how important our tests have been for our project.

Since we want to actually test a running copy of our system, we launch our React testing app and all our services in their own containers. Afterwards, a container running Cypress loads the web app and presses some buttons to make sure things work.

Here are the containers we build, with each container based on the one before:

Other containers we run:

You can find these dockerfiles in our repo here, mostly in demo.dockerfile.

The standard way to launch a cluster of containers is via Docker Compose. For our project, we want to control which containers come up depending on what we are trying to accomplish. We have a dev mode for local development, a test mode for CI or local testing, and so on.

We looked around at other big projects like ours and saw that some of them use multiple docker-compose.yaml files, one for each mode.

That's okay, but we wanted more programmatic control over Docker Compose, so we wrote a script that generates the YAML file.

We (okay, it was my very smart coworker) even generated typescript types for the YAML file from the official JSON Schema definition.

Here's the code that handles generating the docker-compose.yaml. As you can see, it's pretty darn clean, with each container represented as a function that returns a config object. I work with some smart folks. Hopefully someday Docker Compose (or something similar) is going to expose a JS SDK we can call to set up the cluster programmatically, but in the meantime, this works very well. Maybe we will even turn this generator into a library eventually.

Because our Docker Compose config is dynamically generated and depends on the above scripts being built, we wanted to containerize it. That means that rather than calling docker-compose directly on the CI machine, we call it in a container and then that container launches the other containers. 🤯 Let's call this super-container the job-runner.

At this point we had two choices: We could run Docker IN Docker (abbreviated "dind") and start containers inside the job-runner or connect the job-runner to the host machine's Docker engine to run containers on the host (which I call Docker from Docker).

We read this really fantastic blog post from the person who helped write Docker-in-Docker and went with the Docker from Docker option, explained at the bottom of that blog, for exactly the reasons they outlined, especially simplicity and caching.

How to use docker.sock and Docker Compose together​

We added the docker-compose and docker packages to our job-runner, and added this flag to the run command:

just like in the blog post. It almost worked right off the bat, except for this error:

The volume mount paths in our Docker Compose file were broken, because these were expanding to absolute paths inside the job-runner, but we were running outside on the host machine. We couldn't fix it by hardcoding the paths because everyone's machines (plus CI) are all different.

As a workaround we pass the host machine's base-path, aka the working directory, as an environment variable into the job-runner when we start it up like this:

Then we read that ENV variable in our script that generates the Docker Compose file and use it as the base path for mounting those volumes.

The fact that we were already generating our Docker Compose config dynamically made it easier, and if you're using a static config, you may have to try your luck with sed or some other way of overwriting the Docker Compose path.

We use GitHub Actions for our CI environment, and our experience has been great so far. It's free for the most part, generally pretty simple to use, and really powerful. Miles beyond Jenkins or Circle (in our opinion).

Because we had taken the time to everything running in Docker (ie, we tested all of it on our local machines) it wasn't hard to move it into a GitHub Actions workflow. We're able to build the job-runner container in one step and then call it in the next step, triggering the script that generates the Docker Compose and run everything.

We do some other cool things in our workflows, like using GitHub's matrix setting to run the PR CI job twice in parallel. The CI runs once with the code on its own, and it runs once with it merged to master to make sure that the app is still going to, you know, work once we merge the PR.

You can see all of our workflows here.

Speeding up the CI​

CI takes around 30 minutes currently, but we think we could cut that time in half when we get Docker BuiltKit caching working. We really wish GitHub would let us pay for a faster box with more than 4gb of cache storage.

We're guessing we're not the only ones who feel that way.

(GitHub, if you're reading this, please take our money!) 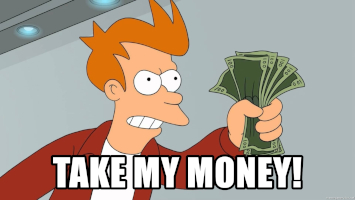 Figuring this out was pretty hard. It took months of work. But, I think we are nearing CI nirvana. Our builds are very reliable, we can reproduce them locally when things break, and we're able to iterate faster with less fear of introducing bugs.

I just want to say how much better the testing and CI ecosystem is today than it was even 3 years ago. I built a similar system to the above in Jenkins using Groovy (and an earlier Lerna) and, uh, let's just say we have come a long way. Just about every tool we used was a joy to use from Lerna to Docker to GitHub Actions, it's just getting them to work together that's the challenge.

Using Lerna and going the MonoRepo route is still a lot more difficult to build tooling for than a one-off web-app or backend. Companies that have the MonoRepo thing figured out tend to be pretty tight-lipped about their secret DevOps sauce, so we wanted to share what we learned from building and releasing a medium size product this way.

Thanks for reading... (And if you haven't already, please leave a star on our repo!)