In this post we'll be reviewing the malicious code that was introduced to both ctx and phpass. 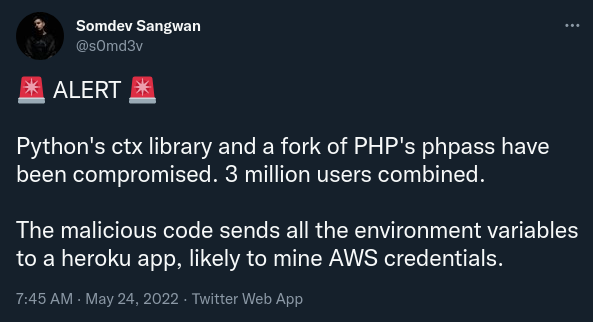 Tweet from @s0md3v notifying the developer community about ctx.

After 7 years, the Python package ctx on PyPi received a version update. A malicious version of ctx was published under 0.2.2 as an update to the previous 0.1.2.

The following code was added to the package:

This code does the following:

The PHP library on Composer Phpass was also updated with identical malicious code around the same time. 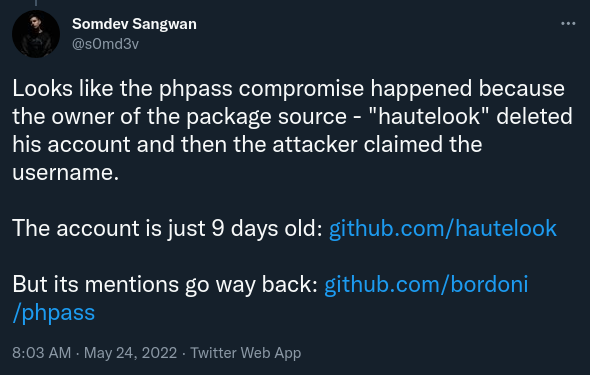 Tweet from @s0md3v notifying the developer community about Phpass.

This malicious code that was added to this package was:

Luckily, the PHP package derived from the affected repository hautelook/phpass had not received many downloads in the past months. Instead, the package for the forked repository bordoni/phpass was started to primarily be used by developers well before the malicious code was published.

The below graphs show the download count of the packages from Packagist (the PHP Package registry powering Composer): 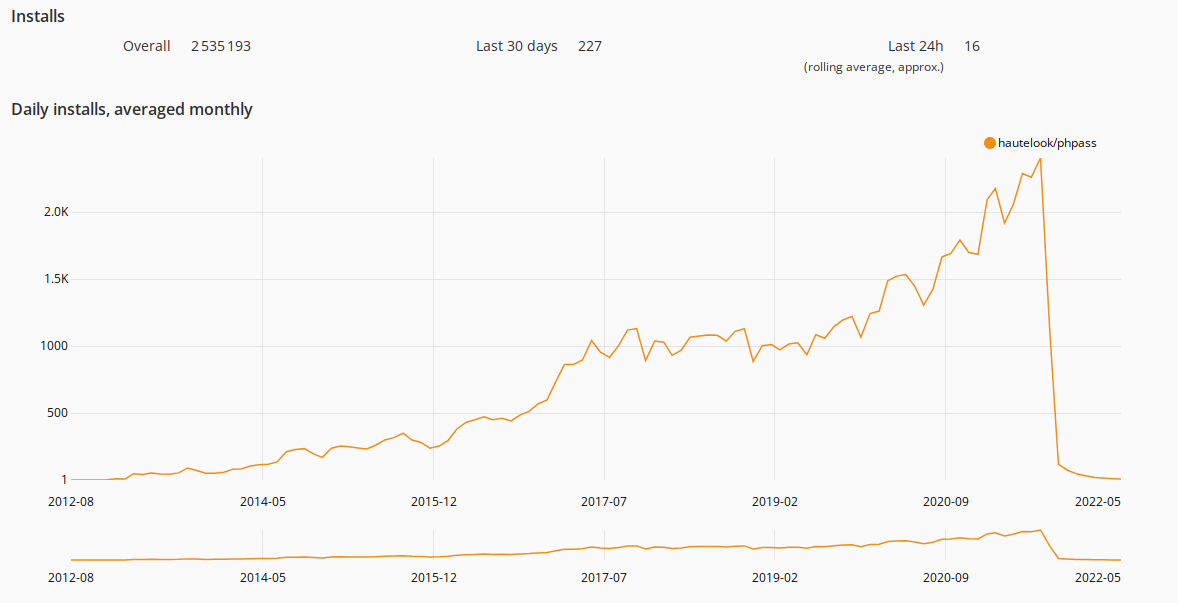 The libraries have all been taken down now. The simplest way to verify that you're safe is to update to the latest package versions.

If updating isn't an option, you may also verify that you're not using any of the following package versions.

For a limited time, claim an expert security review​

Though perhaps unconventional, our team of Security Engineers has been working with startups to audit their dependencies and help them manage their security roadmap.

Why? It's simple: By working with us, we also learn about the common problems that companies face while shipping software. Helping you enables us to make our Open Source software better.

To get started, please email us at deps@lunasec.io or schedule a 15-minute call with one of our engineers.

If you've heard of Log4Shell or Spring4Shell, then you're familiar with our work already! We're the security experts that gave those vulnerabilities their name by providing clear, concise advice and building tools to resolve them.

Since then, we've interviewed hundreds of companies to help us build LunaTrace.

What is LunaTrace? It's our Open Source security platform that automatically discovers vulnerabilities in your dependencies and gives you expert security guides with remediation steps and automated patches.

Whether you're a developer or a security professional, we'd love to hear from you! Drop us a line by joining our Slack or trying out LunaTrace on your GitHub repo for free.